The 2nd U.S. Circuit Court of Appeals said Whitman apparently made comments reassuring people about the safety around the site based on conflicting information and reassurances by the White House.

The appeals court said legal remedies are not always available for every instance of arguably deficient governmental performance. 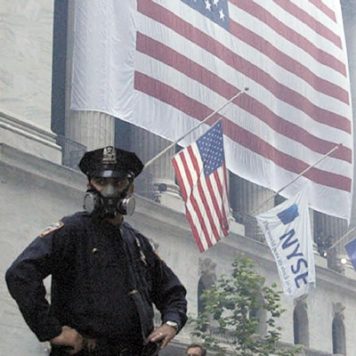 A Department of Justice lawyer had argued late last year that holding the former head of the Environmental Protection Agency liable would set a dangerous precedent in future disasters because public officials would fear making public statements.

The ruling came in response to a lawsuit by residents, students and workers in lower Manhattan and Brooklyn who said they were exposed to hazardous dust and debris from the fallen twin towers after Sept. 11.

They said Whitman, who also is a former New Jersey governor, should be forced to pay damages to properly clean homes, schools and businesses.

A lower court judge had earlier refused to dismiss Whitman as a defendant, saying her actions were “conscience-shocking.”

Yusill Scribner, a spokeswoman for government lawyers, said there was no comment on the decision. A lawyer who argued before the appeals court for the plaintiffs did not immediately respond to a call seeking comment.

The 2nd U.S. Circuit Court of Appeals has ruled today that former EPA head Christine Todd Whitman cannot be held liable for saying that the air near the collapsed World Trade Center site was safe to breathe after the 9/11 attacks.

Whitman made the reassuring remarks after getting conflicting information and her own reassurances from the White House, the court found (PDF).

Residents and workers in lower Manhattan and Brooklyn sued the then-EPA chief, arguing they were exposed to hazardous dust and debris after the twin towers fell.